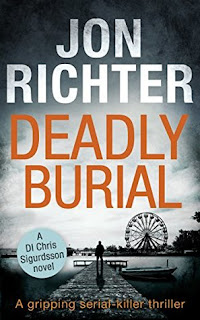 
When DI Chris Sigurdsson is assigned a grisly murder case on remote Salvation Island, he knows that it might be his strangest yet.
A forgotten wrestling star of the 1980s has been poisoned whilst in the ring, and amidst the slippery lies of his dangerous opponents, unravelling the victim’s murky past is almost impossible.
And as a storm threatens to cut Salvation Island off from the mainland, the race is on for Sigurdsson to find the ruthless killer before he strikes again…


Book is on sale at Amazon at the following link:


The shortened ‘Bitly’ version is as follows:

Sigurdsson was happy to leave the mournful place and step outside, despite the chill wind that immediately tore at his exposed legs and arms as he undertook his stretching routine on the pavement. He began to trot along the promenade, noticing immediately the lack of any signs of life, even at this relatively late hour of the morning. No one seemed to be going to work, or out like him for some early exercise. Many of the shops still seemed to be closed, some of them boarded up. There didn’t even seem to be any seagulls wheeling overhead. Just the rabbits, gathered in despondent clusters, their heads close together like conspirators.
He saw a group of them beneath a bench and ran towards them to take a closer look, but they scurried immediately towards the shadows of the nearby alleyways. They were thin, anaemic-looking creatures. He thought about their lives, lived in quivering terror. He thought about his own fears, his own fixations. He thought about myxomatosis, swollen eyes clogged with tumours. Disease, pestilence. Inevitable death.
His brother, Marcus. A car thundering forwards like an unstoppable juggernaut, smashing through flesh and bone.
A rabbit caught in the headlights.
He shook his head and concentrated on his footfalls, on his breathing. A regular motion, pounding against the grubby pavement, pounding in his chest. He was heading west, the sun an ailing blob of bilious light behind him as his feet splashed through puddles and amongst the old newspapers and other detritus that blew along the walkway. There was still no sign of another soul. It was as though the entire island was closed down, abandoned, like a diseased village that had been placed under quarantine. As though the island itself was a cancerous, dying thing. The mist that hung around it seemed more and more like a toxic pall, driving the island’s inhabitants indoors, each lungful slowly poisoning him.
Maybe this was why Mason was so angry; she was like the sheriff of a ghost town.
As if to emphasise this point, the houses to his right gave way to a long chain-link fence, broken and fallen down in places. Beyond it was a patch of weed-choked ground covered in rubbish and discarded beer cans, and then beyond that, the sad spectre of an amusement park. The Ferris wheel that he had seen from the boat loomed above the derelict scene like a sombre monument.
He stopped running, approaching the fence, squinting through the rain and fog.
There were rabbits everywhere. The ground was pocked with holes like cavities in rotten teeth, and hundreds of the creatures squatted near these entrances, ears and noses twitching as they sniffed at piles of garbage or chewed at forlorn clumps of grass. He wondered how many more of them were beneath the ground, the ones not hungry enough to be driven out into the rain. Maybe the big, strong ones sent their emaciated cousins out to forage for them. Maybe there was a gigantic, monstrous King Bunny lurking somewhere deep within the bowels of the island.
Sigurdsson laughed at the nonsense of his racing thoughts, but the noise seemed alien in this dismal corner, and it died on his lips. This place was getting to him, somehow.
He decided to head back to the hotel. 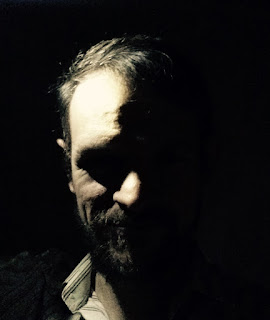 Jon Richter lives in London and spends most of his time hiding in the guise of his sinister alter ego, an accountant called Dave.  When he isn’t counting beans, he is a self-confessed nerd who loves books, films and video games – basically any way to tell a good story.  Jon writes whenever he can and hopes to bring you more disturbing stories in the very near future.  If you want to chat to him about this, or about anything at all, you can find him on Twitter @RichterWrites, or at his Facebook page at https://www.facebook.com/richterwrites2.

Giveaway:
International ecopy of the book.